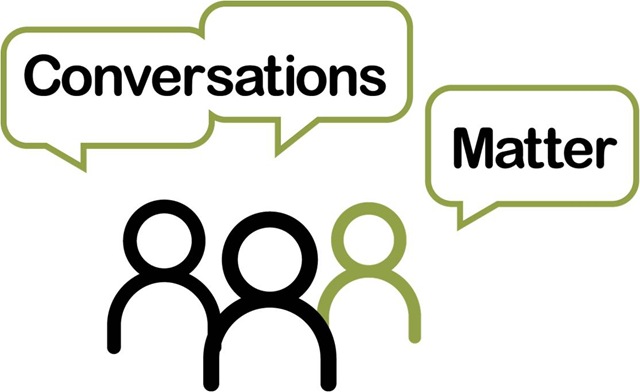 From Ash to Ask

Understanding How Language Can Affect Your Income

In the summer of 1971, I was afforded the opportunity to attend Baylor University’s Upward Bound Program as an incoming freshman. I had just graduated from high school with good grades and a great overall school record on my way to college and eventually a good paying job. I never envisioned that I was about to learn a valuable and cautionary life lesson that has remained with me throughout my personal and professional life. By sharing my story, someone may reflect on how job opportunities can often hinge on their ability to speak and write effectively.

That summer, the very first college course I enrolled in was a Language/Speech Class (not necessarily of a remedial nature) although economically, I was considered to be an underprivileged student, however, just a regular freshman speech class required of all incoming students. The underlying purpose of the course, in the mindset and the philosophy of the Upward Bound Program, was to give economically challenged students like me a “head start” on their pathway to a college degree and a bright financial future.

The course syllabus included students speaking in front of their peers on a variety of topics chosen by the professor. The professor’s goals were dual. First, he wanted to gauge our life experiences as well as listen to how we could openly express those experiences through speaking publicly. Simple. No problem. I knew how to speak in front of people. I had been doing that all my life!

While daydreaming in class, I inadvertently missed a couple of pertinent points in reference to the grading system of the course. 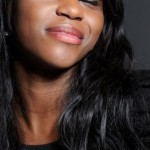 In order to stay abreast of what the professor explained to the class, I arrogantly raised my hand and bravely addressed the professor, “May I ash a question, please?” The professor who had gravitated from one side of the classroom back toward me looked stunned and gave me a stare that surely meant that I had just done something wrong. But what did I say?

I was perplexed with no clue of what possibly could have caused such a reaction, but I was sure that I had done something that was not quite appropriate. He initially did not answer my question. However, immediately after class, he pulled me aside and requested that I repeat the question I had posed to him earlier. I could see that he was listening more intently, so I humbly muttered to him again, “I just wanted to ash you a question….” He stopped me immediately and thankfully, without embarrassing me any further, he calmly and compassionately explained to me that I had incorrectly pronounced the word “ask” and how it might be attributed to my cultural and social surroundings. To my astonishment, my speech professor insisted that I repeat the three-letter word every class period for weeks until I no longer mispronounced what I thought was such a simple and unassuming word.

The straightforward lesson in this story is that the manner in which we express ourselves, verbally and in writing, functions as a mirror into who we are as communicators and most importantly, who we could be as potential employees. Proper language is 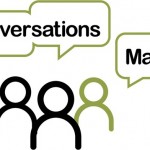 essential to effective communication. Without honing this skill, your message may be lost or you could be ignored entirely.

Most people are so familiar with their own language that there is little to no realization as to how it affects their daily lives. Language usage exemplifies how others may evaluate our belief system and values, and how well we can relay ideas, emotions, and yes, even logic. Among those evaluating you, could very well one day be a future employer who will determine your potentiality as a part of their company’s workforce and your monetary value.

In the website E-How, contributor Felicia Dyer’s “Language is the Tool,” she states that one must develop proper oral communication skills to adequately organize perceptions and develop higher order cognitive processes. She also surmises that poor language development, therefore, affects a person’s ability to be a problem-solver and to think independently.

Lera Boroditsky, author of “How Does Our Language Shape the Way We Think,” writes that the simple cognitive faculty of language could affect someone getting an education, meeting new friends, holding a job, or even starting a family. 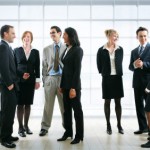 Recently, I took an impromptu test titled The Grammar Income Test. If you have come to this article, trying to find where you fall on the Salary Scale, I see you have also taken the test. I will get to that information shortly. This test, which is administered to college students through the University of Mottsburgh Occupational University Grammatical Knowledge, assesses and rates the correlation between grammar/language (inclusive of spelling, punctuation, capitalization, and usage skills) and a person’s potential income. According to the scale, I qualified for employment as an upper management individual. Ironically, when I retired in 2003, it was as an assistant principal of an elementary school with enrollment of approximately 1,300 students. Could this assessment be a valid indicator of how language affected my income potential? Quite possibly. Well, let’s take a look at the answers as well as the projected salary and occupational level of what you did.

Now for the salary part. This is where you discover that your answers can determine your salary capacity and occupational level. Take a look at this.

As an assistant principal, I witnessed numerous interviews where potential employees used a colloquial such as “ain’t” or mispronounced the word “children” and replaced it with the word “chilren”, or incorrectly used punctuation or verb usage on their resumes. In the eyes of the school administration, these errors were unforgivable and no three-piece suit or well-manicured hairstyle could overcome the damage. Therefore, these applicants were almost always deemed not qualified, a bad hire, or potentially unemployable.

The thesis of the Grammar Income Test was a very simplistic one. Individuals who make such errors and mistakes in oral and written presentations are often viewed as not intelligent, or maybe incompetent, and usually such articulation errors are indicative of a lack of social and educational maturity. Such subtleties can result in prejudices against you and could keep you from getting the job and income you deserve.

The reality is that some people believe that they are just not adept at learning to speak correctly. Then there are some who do not realize their grammatical errors until it’s too late. Be very cognizant not to de-emphasize your communication skills by keeping the following points in mind.

Much time has passed and it’s been quite a successful journey since the days of ash to ask. I stand in amazement on the impact of one moment in time and the empathy of a caring college professor who made me aware of how mispronouncing a simple three-letter word could have negatively changed my life. In retrospect, he unknowingly did me a favor that lasted a lifetime. I leave you with this story to ponder and a notable quote from English Philosopher Ludwig Wittgenstein (1889).

NOTE: Just a small note regarding the Grammar Income Test. This test was a bit fabricated. However, the concept of the test is very real.

Every day individuals who make grammatical errors are victims of a pervasive but seldom discussed prejudice. People assume that those who make frequent grammatical errors are unintelligent, not very knowledgeable, and incompetent. None of this may be true. Language habits are more indicative of social background than education and ability. However, any business executive will support the notion that grammatical skill directly affects promotion. So, the idea behind the Grammar Income Test is valid, although the scored income level may not be. △