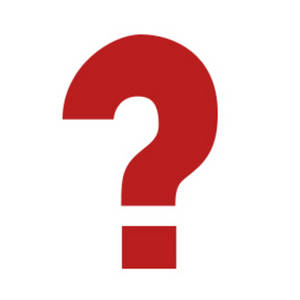 I hope you had time to take the small test we provided in Job Club Discussion #7, Punctuation on August 29, 2012. The comments were varied. Some felt it was rather easy and they felt good that they had done pretty well. Others indicated that it was more difficult than the previous week with the Grammar questions. Hmm…

Regardless, I have provided for you the questions as they were asked in the discussion and then a corrected version beneath it. After that is a brief description of each punctuation mark, its uses and examples. Please continue to test yourself from time to time. You will be amazed how you can still remember some of the rules we learned in grade school.

Check out your answers below and see how you did. Did you do well? I hope so.

It ‘s also used in abbreviations to show a short form of a word.
Street = St., Collins St.

And it’s used in decimals to designate portions of whole numbers. Nine-tenths = .9
COMMA.

3. Alec, brother to Baby Joshua, has the best toys in the playroom. CORRECT

The comma has many, many uses. Here are just a few. It is used to separate independent sentences joined by a conjunction.
The phone was ringing, but Carolyn wasn’t in her office.

Used after a dependent clause before an independent sentence.
Before Beth left the office, she called for a cab.

Another use is to describe a noun or the subject of your sentence.
Sharon, the secretary next door, offered to cover the office in Brenda’s absence.

You also use a comma to separate two adjectives in describing the same noun that might be misunderstood.
Henry has a loyal, dedicated secretary.

Commas can set off items in dates, addresses and cities.
Don began his employment on June 1,1987. He came from Chicago, Illinois.

It is also used to separate names from titles as well as after salutations in a letter to a friend.
John Brandon, Executive Director or… Dear Louise,

A comma is required after a complimentary closing in a letter.
Sincerely yours,

To set off a direct quotation, a comma is needed as well as indicating the omission of words.
Betty said, “We open at nine o’clock, not ten o’clock.”

6. We had to cancel our trip: Rachel and her sister were sick. CORRECT

The colon is used to offset a series of items.
Four things are needed to make an office: a desk, a file cabinet, a telephone and a typewriter.

SEMICOLON ;
7. Melvin was very upset; the question for Job Club was not ready. CORRECT

A semicolon is used to separate independent clauses joined by conjunctive adverbs.
Charles in Personnel did the best work; therefore, he got the raise.

It is also used to separate independent sentences that are closely related and at the same time sentences or phrases that make contrasting statements.
Bridget was ready; she wanted to begin her interview. or…
Love is forgiving; hate, vengeful.

The apostrophe shows possession of nouns and some pronouns.
Everyone in the office used Mae’s typewriter, but it was not anyone’s fault that it finally broke.

It is also used to indicate the omission of figures in such things as dates or the omission of letters in words that form contractions.
Teresa was in the Class of ’68, but she didn’t wish to come to the Reunion.

And, an apostrophe can form plurals of letters, symbols and figures.
Anita received all A’s in primary school back in the ’50’s and she would always mind her p’s and q’s.

DASH – —
11. The office crew decided to send 1-2 displays for the conference. CORRECT

There are three types of dashes which are more commonly used. The en dash (-) is used between numbers, dates and places to designate extent or duration.
en –
The section on Filing is between Pages 45-53. or…
The office hours are between 9-5.

The em dash (—) has several more uses than the en dash. One of these is to show a break or change in thought in a sentence.
em —
The supervisor picked up — and no one bothered to stop him — the broken drawer of files.

Another use of the em dash is before and after material that is used to clarify or show emphasis.
The male and female employees of the month — Ray and Agnes — were presented with awards.

One other use of this type of dash is before a statement that summarizes the content of the sentence.
Name, height, weight and social security number — these items are required on your 1.D. card.

The last use of the em dash that I am going to tell you about is when you use it before the name of an author at the end of a quotation.
To be or not to be — Shakespeare

14. Your jacket was left where? CORRECT

The question mark ends a sentence posing an inquiry.
May we deliver your supplies before nine o’clock?

A second form of using the question mark is when uncertainty or doubt is expressed and you show it in parenthesis.
Mr. Quintin’s secretary said he would be back in his office around three (?) o’clock.

16. Stop! Your purse is on top of your car. CORRECT

The exclamation point is used to indicate surprise or stress strong emotion.
“Hurry!” Penny said, “The fire alarm has been activated!”

PARENTHESIS
17. The child will (one day) learn his own schedule. CORRECT

Parenthesis are used to set off descriptive phrases which are not required in a sentence.
The staff meeting broke up about four o’clock (a little longer than they had hoped it would last).

Parenthesis can also be used to set off series of numbers or letters used for listing purposes.
The staff meeting consisted of two individuals from each of the following programs: (a) Personnel (b) Legal, (c) Business Management, and (d) Administration. or…

The shelves available through the office supply store are: (1) two-tiered and (2) horizontal/vertical.

20. Yolanda “Yoli” went to the party with the group. CORRECT

The most important use of quotation marks is to enclose a direct quote.
“Jennifer,” asked Mr. Hall, “what time did you say Colonel Rector would be here for his appointment?”

Quotation marks are also used to enclose such things as chapters in a book, lectures, titles, movies, programs, and songs.
In reading the article “My Boss,” Keisha thought about the movie “9 to 5.”

One last use of quotation marks is to enclose slang expressions, nicknames or just ordinary words.
He was a “bum.” or…
Elizabeth “Liz” Thorne was invited to the class party.

That’s my article on Punctuation. Hope it was helpful. In closing, you are being given the Punctuation Tree, for future use, if you please.

Just click on the chart. I couldn’t get the tree to work; however, the chart works just fine.

Upon clicking a punctuation mark on the chart, you will be taken to a full page of rules and instructions on how to use that particular mark. And the best thing is that somewhere beneath all of this, is a section where you can take tests, just for fun!! Be careful! These are not easy. They are college level. Good Luck! △