The Job of An Organizational Professional

My name is Ann Kemmy and I am an Organizational Development and Training Professional with twenty years of experience.

Organizational Development has been around for many years and is often housed in Human Resources.  While

both deal with people aspects of the business, each of these two functions requires special expertise.

Organizational Development or “OD” by definition is “a planned, organization-wide effort to increase efficiency and effectiveness.” We work with any part of the company, whether it be a work team, a shift of workers, a new manager adjusting to responsibilities, or on specific company-wide initiatives like improving product quality or workplace safety. Over time, almost every department in a given organization will be our client for at least one area of improvement.

The tools we use are developed for working with people. When a problem is brought to our attention, we begin by focusing on background data and assessing needs, recognizing a lack of clarity in goals, resolving conflicts between groups, dealing with changes in the workplace, helping new managers fit in, and planning for orderly succession into jobs.

Our day-to-day work involves projects like building more effective teams and giving 360 degree feedback to employees to help them meet the expectations of their bosses, their colleagues, or those who report to them.

Theoretically, OD can be applied in every setting. Practically, however, it is used when the outcomes can be measured in terms of greater trust and cooperation between employees, greater job satisfaction and commitment, and increased problem-solving by employees.

OD is built on the medical model that doctors use to diagnose and treat patients.  The client presents a problem.

The practitioner comes back to the client with a report of what has been discovered and a plan for changing/improving the situation. Ideally, the intervention plan will reflect the input contributed by team members during the interviews. This improves the odds that team members will cooperate and make the changes that must be made. Metrics and measurement are developed to ensure follow-up and to determine the success of the effort. 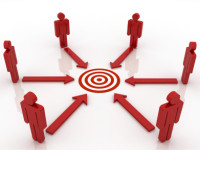 Practitioners’ skill levels and the ability to find the simplest and most efficient solutions grow with experience and the range of problems they have dealt with in the past. Over the last 20 years, I have worked with oil companies, hospitals, banks and education. Some of these areas, such as banks, typically reflected more top-down management needs to meet regulatory requirements. In other cases, managers and union representatives had to work together to reach common goals of safety and product quality that made things better for everybody.

Some interventions are very complex and impact many people and the profitability of a company. One that stands out for me was in a large US refinery with some 1,800 union represented employees. The Refinery Manager wanted to take the refinery from 360 thousand barrels-per-day of production to 400 thousand.  But the plant was an old one and corporate senior management was leery of a huge investment there.

The union also saw the value of the investment for job security for their members.   But they had reservations about changing work rules and relationships. For a while, it looked as if shared goals might not be enough to drive the needed change for greater management-union cooperation.

Finally, it appeared they could find common ground on improving the refinery safety record. To make that happen, all levels of employees had to understand and commit to both the new direction and the new goal.

Individuals had to develop skills in problem-solving, communication, and conflict resolution – all of which were needed to achieve the overall goal of increased plant safety.

I put together a five-year plan – an organizational development intervention. It was primarily carried out in a

classroom setting. Each year, every supervisor, superintendent, and manager – about 500 persons in all – attended a one-week development workshop that was facilitated and taught by union reps, refinery management, and me.  I was based at the refinery for the whole period.

The session focused on understanding refinery direction and goals, dealing with gaps between where the refinery was now and where it wanted to be, and developing new skills.  Everybody graduated with a videotape of his or her daily improvement in the skill area being focused on during that year. They had improved and they knew it.  And they put their new skills into practice.

The process continued to be implemented even though the position of Refinery Manager turned over four times in the five years it was under way.

At the conclusion, there had not been a major safety incident in that five-year period. Both the union and Refinery Manager agreed that the process focusing on that goal had been largely responsible for the improvement.

And yes, the refinery received the investment and upgrading and is now over the original 400 thousand barrel-per-day goal.

Going forward and in summary, what I find most rewarding is working with organizations and people who share the goals and vision of a workplace progressive, pleasant and productive. If your organization desires a development and training facilitator, I am your candidate and would love the opportunity to discuss my qualifications with you. △