On GPAs and Brainteasers: New Insights From Google On Recruiting and Hiring 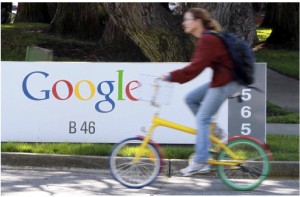 On GPAs and Brainteasers: New Insights From Google On Recruiting and Hiring

That was just one of the many fascinating revelations that Laszlo Bock, Google’s senior vice president for people operations, shared with me in an interview that was part of the New York Times’ special section on Big Data published Thursday.

Bock’s insights are particularly valuable because Google focuses its data-centric approach internally, not just on the outside world. It collects and analyzes a tremendous amount of information from employees (people generally participate anonymously or confidentially), and often tackles big questions such as, “What are the qualities of an effective manager?” That was question at the core of its Project Oxygen, which I wrote about for the Times in 2011.

I asked Bock in our recent conversation about other revelations about leadership and management that had emerged from its research.

The full interview is definitely worth your time, but here are some of the highlights:

The ability to hire well is random. “Years ago, we did a study to determine whether anyone at Google is particularly good at hiring,” Bock said. “We looked at tens of thousands of interviews, and everyone who had done the interviews and what they scored the candidate, and how that person ultimately performed in their job. We found zero relationship. It’s a complete random mess, except for one guy who was highly predictive because he only interviewed people for a very specialized area, where he happened to be the world’s leading expert.”

Forget brain-teasers. Focus on behavioral questions in interviews, rather than hypotheticals. Bock said it’s better to use questions like, “Give me an example of a time when you solved an analytically difficult problem.” He added: “The interesting thing about the behavioral interview is that when you ask somebody to speak to their own experience, and you drill into that, you get two kinds of information. One is you get to see how they actually interacted in a real-world situation, and the valuable ‘meta’ information you get about the candidate is a sense of what they consider to be difficult.”

Consistency matters for leaders. “It’s important that people know you are consistent and fair in how you think about making decisions and that there’s an element of predictability. If a leader is consistent, people on their teams experience tremendous freedom, because then they know that within certain parameters, they can do whatever they want. If your manager is all over the place, you’re never going to know what you can do, and you’re going to experience it as very restrictive.

GPAs don’t predict anything about who is going to be a successful employee. “One of the things we’ve seen from all our data crunching is that G.P.A.’s are worthless as a criteria for hiring, and test scores are worthless — no correlation at all except for brand-new college grads, where there’s a slight correlation,” Bock said. “Google famously used to ask everyone for a transcript and G.P.A.’s and test scores, but we don’t anymore, unless you’re just a few years out of school. We found that they don’t predict anything. What’s interesting is the proportion of people without any college education at Google has increased over time as well. So we have teams where you have 14 percent of the team made up of people who’ve never gone to college.”

That was a pretty remarkable insight, and I asked Bock to elaborate.

“After two or three years, your ability to perform at Google is completely unrelated to how you performed when you were in school, because the skills you required in college are very different,” he said. “You’re also fundamentally a different person. You learn and grow, you think about things differently. Another reason is that I think academic environments are artificial environments. People who succeed there are sort of finely trained, they’re conditioned to succeed in that environment. One of my own frustrations when I was in college and grad school is that you knew the professor was looking for a specific answer. You could figure that out, but it’s much more interesting to solve problems where there isn’t an obvious answer. You want people who like figuring out stuff where there is no obvious answer.” △

Please share your thoughts on these insights below, and as I’ll be writing frequently on LinkedIn, please hit my FOLLOW button to see future posts.

Adam Bryant has interviewed more than 200 leaders for his “Corner Office” feature that runs every Friday and Sunday in The New York Times. He is the author of the New York Times bestseller, “The Corner Office: Indispensable and Unexpected Lessons from CEOs on How to Lead and Succeed.” His second book,“Quick and Nimble: Creating a Corporate Culture of Innovation,” will be published in January.