Are You Being Watched At Work? 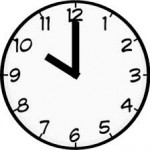 My name is Lily Donovan and I work for a large drug chain as a cashier. I’ve never had a real job before, where I actually had to clock in, wear a uniform, etc. The only work experience I’ve had is doing light work for my grandparents’ company, so I had the luxury of working from home. Since I had never been in an actual work environment with customers and other employees, I had a lot to learn. One lesson though, I learned the hard way. That lesson was, you’re always being watched at work. Let me tell you my story.

So, it had been about two months at my new job; I had gotten the hang of it and was getting a lot of praise from the higher staff. One night, I was closing with one of my shift leaders and we were determined to get out early; we both had plans for the night. So he pulled a couple of the registers early so that at the end of the night all he had to do was count one, while I just had to do returns and face my aisles. It hit 10 o clock, closing time, and we both hurried off to do our nightly duties.

I grabbed my basket of returns and quickly started running down aisles to find the proper place for each item. I had a lot of them and was starting to feel as if I wouldn’t finish in time, so I put a couple of the items in random places. No one would notice, right? After throwing the items on some shelves, I ran to do a quick once over of Aisle 6: the Promo Aisle. I fixed up half of the aisle that the customers would see when they first walked in and touched up a little on the other half. My shift leader walked out of the office and said, “Hey Lily, you done with everything?” I nodded and quickly ran to clock out. We finished 15 minutes early.

The next day I came into work and started to clock in when the store manager, Jacob, called me into the office. “You closed last night, correct?” he asked. I already knew what was up next. I nodded yes. “Well did you have enough time to face, because it looks terrible…” he commented and pulled out a set of developed  photos;  they  were  pictures  of  the  promo  aisle, and  they  were indeed terrible. There was no point in lying; the proof was in the pudding, so I just told the truth. “I had time, I just didn’t do my best. I’m sorry, it won’t happen again,” I said. The assistant manager, Patrick, who had been sitting in on our discussion chimed in, “Thank you Lily, because you know this is unacceptable.” I nodded my head and quickly left. I don’t know why I was so surprised that my boss confronted me about it because they always check behind the employees. It’s safe to say that from that point on, I took more care with my aisles. 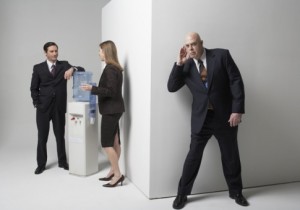 That incident opened my eyes to the fact that your boss will catch you when you slack on your job, so you might as well do it right the first time. But another thing to be weary of is the fact that your boss may not always catch you in the act of slacking. 80% of the time when your boss finds out something about you, it’s because they were told. At every job, there are also those few people who love telling the boss everything that happens when they aren’t around. It’s like it’s their own special mission to be the teller of all things that happen in the workplace. Unfortunately, I unknowingly befriended one of those people.

Needless to say, I put myself in a situation again. Being a full-time student and working part-time, there is very little time for me to study. When I work the register, there are several times when I am just standing there waiting for customers to come to my register. I took it upon myself to bring notes with me to the register and when I have those few minutes, I take advantage of them and study. Well, you know it, this so-called friend went and told the supervisor what I was doing. I was called in again because I was studying during my work hours. Not a smart thing to do, I know, but you really have to be careful not to be doing something you are supposed to during work hours. You live and learn. 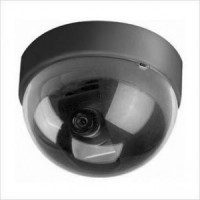 With today’s age of technology, there are cameras everywhere so whenever anything happens, such as a crime or incident, people investigating the incident have somewhere they can see what really happened. This means that you need to be careful of what you do anywhere at any time. This could be anything. Don’t re-arrange your clothes or pick your nose or even talk to yourself because you will feel pretty silly when someone brings it to your attention.

Also, be careful when you are going on an interview. The moment you hit the parking lot, someone could be watching you. When you come up to the front door, when you wait in the waiting room and even when you are walking down the hall to have your interview, there could be cameras everywhere. Sometimes, they are very noticeable, such as the one above, but other times, they can really be hidden. So beware, you ARE being watched at work!