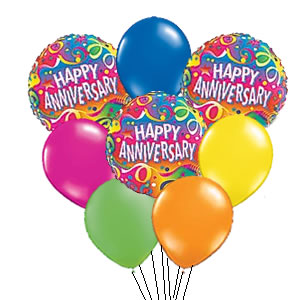 January 1, 2013 marks the beginning of the twenty-fifth year of Workforce Partners Management 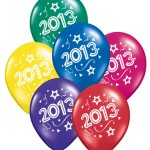 Group, LLC. This company began as ADAPT Publishing Company, Inc. by Melvin Collins, Jr. and Yolanda L. Salazar to write and publish transitional and self-reflective materials. The very first book, Common Knowledge, A Clerical Reference Guide was written by Yolanda as an aid for clerical employees of an insurance company.

Yolanda L. Salazar began her adult career as a client of the Texas State Commission for the Blind. As a client, Yoli, as her friends know her, received one of the first successful bilateral corneal transplants by Dr. Robert L. Rock. After her vision was restored from legal blindness, Yoli accepted a full-time job with the same agency that assisted with her surgeries, State Commission for the Blind, where she rose to be the Assistant to the Regional Director and Office Manager. In 1974, she hired a new rehabilitation counselor who had come right out of The University Of Texas Rehabilitation Masters Program.

That counselor, Melvin Collins, Jr., was to become her business partner of almost forty years. Melvin worked for the State Commission for the Blind for five years as one of three Rehabilitation Counselors. His area of coverage included five Capital Area Counties. After a successful time and scheduled departure from the Commission, he became the Director of Tenant Services with the Housing Authority Of The City Of Austin where he remained for another five years. 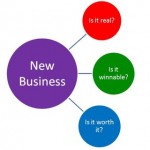 In 1979, when Melvin left the Commission for the Blind, he and Yoli partnered to start their own business called Maintenance Management Company, Inc. After putting in 8 hours on their day jobs, Melvin and Yoli would work until midnight fulfilling agency and medical building cleaning contracts. Within a few years of continuing to operate on this schedule, the duo created MelZar Resources, Inc. which housed other new businesses: The Typing Store and Snac-A-Tac Deli. Both of these businesses were operated during the day by hired staff with Melvin and Yoli keeping an eye on day-to-day operations in between their day jobs. This went on through 1988.

On January 1, 1989, Yoli and Melvin struck out on their own to see what good they could do in the business world. They acquired a small two-room office where Yoli’s desire to write books came to fruition and Melvin decided to use his degree and do personal counseling for referrals from the Austin Municipal Courts. After a couple of years of doing this, Melvin and Yoli decided to write books together as well as visited with the local Writer’s League where a few other writers were commissioned to write books in accordance with their expertise.

In 1991, the book series, Common Knowledge, was born. It became a popular series to supplement school programs and help land a fifteen-year GSA (General Services Administration) Contract. The GSA Contract allowed WPMG to serve all members of the military and the Department Of Defense. This contract allowed ADAPT to provide books and materials to several military installations within the States as well as many overseas projects. When these installations started receiving ADAPT’s books, they wanted the staff to come to their sites and train their staff on how to use the books, so several training sessions were commissioned with the military for that purpose.

WPMG has a twenty-two year old history of working with Workforce Agencies, delivering job search and job-readiness services to thousands of participants. These services began with a contract with the Waco Housing Authority in 1993 where WPMG began its well-recognized RISE Program (Rising Into Self-Empowerment). From this experience, other agencies took note of the success of this project and were commissioned to work with the Workforce Solutions for the Heart of Texas, doing youth projects three years in a row. Word got around about the success of the youth programs and again, WPMG was commissioned by Corpus Christi’s Workforce Solutions Office to work with their youth. 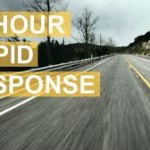 Two programs, two years in a row, were developed for them, also quite successful. Notice of WPMG’s program successes also got the attention of some of the military bases which had been contacted previously. Some of the most familiar locations served were White Sands Missile Range, Kelly Air Force Base, Red River Army Depot, U. S. Coast Guard as well as a consortium was developed at the Naval Base at Bangor, Washington to bring in the staff for a training session with all military installations within the State of Washington.

Around that time, there was word going around that the government was getting ready to downsize five military installations. On the chopping block was our infamous Kelly Air Force Base in San Antonio, Texas. Melvin and Yoli had worked quite a bit in the San Antonio area working with the Alamo Workforce Solutions Office there, working on various programs. When the word got out that the government was downsizing, Melvin and Yoli saw an opportunity to become a Rapid Response Team for the State of Texas. This involved being available, at a moment’s notice, should there ever be a downsize or lay-off situation happen anywhere in the State. This was an awesome opportunity and Melvin and Yoli went after it and became one of the largest Rapid Response Teams in the State. Areas covered were Austin, San Antonio, Waco, Corpus Christi, East Texas, Deep East Texas, Beaumont, Texarkana as well as various other closures around the State. This continued until 2009. 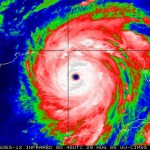 In 2005, in between these projects, WPMG was contacted by the Workforce Solutions for the Coastal Bend Staff regarding the huge Katrina population that had descended upon the city of Corpus Christi. WPMG accepted the challenge to create a separate office to work with all the Katrina evacuees as a result of the devastating Hurricane Katrina. Hundreds of people were served as a result of this project. Three separate graduations were held for the participants of this program and many placements were made. When it was time for the Louisiana population to return to their city, many of the evacuees chose to stay in the Corpus Christi area. A prestigious award was presented to Melvin Collins for his direction with the Katrina Project. Weldon Boggus, Operations Manager for the Katrina Project, was also awarded a prestigious award and recognized for his tenacious efforts.

In March, 2009, the Executive Director for the Workforce Solutions for the Heart of Texas saw a dire need for assistance with all the dislocated workers in the Waco area. His idea was for WPMG to create a “Workforce Center within the Center” concept, just for all those people who were being laid off at the time. WPMG set up this “Workforce Center within the Center” and commenced to serving customers left and right. The Center was quite a success and served thousands of customers throughout its 9-month tenure.

In 2010 as well as 2011, again the Workforce Solutions for the Heart of Texas had a need for various program projects that WPMG took on with the same challenge-driven endeavors it had dealt with on previous projects. There were many successes involved with these programs and to date, there are many, many individuals who fondly remember WPMG and everything it did to assist and serve them.

In mid 2011, Melvin came up with a concept of assisting college students. He felt there was a bit of 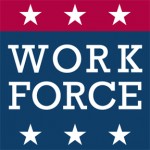 neglect there because there was assistance for dislocated workers, single-parent households, the elderly, the Veterans, etc. He felt, however, that there was no program or assistance for the college students. Upon graduating from college, there are many students who are in dire need of employment. They complete their studies and they go out in the real world to get a job, but following them is a long-time student loan which they are responsible for paying.

Melvin created CampusJobXpress.com! This is a magazine format that houses much more than just articles. It affords its subscribers to participate in job-related activities as well as opportunities for savings on various business deals and specials. CampusJobXpress.com offers various job postings, availability of internships or volunteer projects and much, much more.

In 2012, WPMG was again commissioned to do a project for the Workforce Solutions for the Heart of Texas. This project involved again working with all the individuals who were recipients of the Unemployment Insurance Benefits Program. Melvin decided to launch the CampusJobXpress.com magazine in March, 2012, not just for the college students, but also for the dislocated workers in the area. It was discovered that everything that the magazine could do for the college students, it could also do for the dislocated workers as well as any other program associated with Workforce Solutions, to include the Veterans.

CampusJobXpress.com took off with subscriber participation growing monthly. It now has an 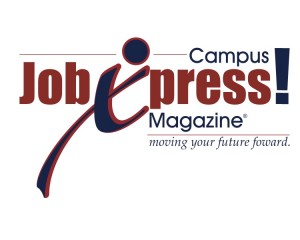 Online Job Club which allows the subscribers to log on and communicate with other subscribers as they participate in weekly discussions. A subscriber can post comments 24 hours a day, 7 days a week and can chat with one another regarding jobs they have found or jobs they are particularly seeking. It is an excellent way for job seekers to stay in touch with each other and to lend a hand to their fellow-subscribers.

Also available on CampusJobXpress.com is the availability of RSS Feeds that link to major 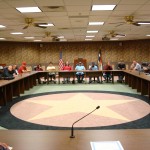 employers from around the country (Fortune 500). These Feeds provide a regularly updated summary of web content, along with links to full versions of that content. Businesses can link their company webpages to this magazine so that the subscribers always have up-to-date news footage available to them at any time. The Feeds are controlled by the individual companies and they make changes and updates, as needed.

Subscribers also have the opportunity to create their resume utilizing the Resume Chat Room, creating a Video Resume and chat with employers through the Video Chat Room with Employers. Another feature available to subscribers is the Online Mall. This is a service where CampusJobXpress.com representatives will visit with businesses to 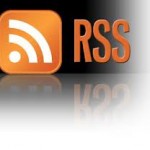 locate food specials, movie ticket deals, auto repair discounts, clothing discounts or food deals. When representatives make contact with the business, the business will be given the opportunity to engage in the CJX Rewards Card Program. All subscribers will be issued Rewards Cards and when businesses sign on to provide specials, discounts and deals, the subscriber will be able to take advantage of those opportunities. This affords both the business and the subscriber an opportunity to benefit from this arrangement.

A Veterans Section is also being created to assist veterans in their job-search endeavors and any particular issues they may have with regard to job seeking or perhaps, questions they may have with governmental agencies or personnel. Experts in the area of veteran issues are being contacted daily to 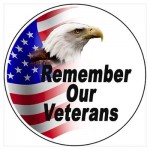 assist with ongoing articles and assistance for the veterans.

In 2006, WPMG created The WPMG Network, a website that is constantly being improved and upgraded for its users. The website houses all of the ADAPT books, videos, podcasts, seminars and a few cooking classes to boot. This website is linked to the CampusJobXpress.com site and is available at any time of the day or night for those individuals who see a need to read a book, view a video or just to watch a cooking show. The books are printable. Many agencies have taken advantage of this website to assist them with their customers and staff.

To make this long story short, WPMG is celebrating its many successes with you because that was the intent of Melvin and Yoli when they created every bit of this company’s features and services. It is WPMG’s desire to wish you and yours a very Happy and Prosperous New Year.